Georgia is the peanut capital of the world. Because the best peanuts in the world come from this delightful southern state. Georgia Peanut wanted some help spreading the word about their protein-packed powerhouse. That’s why we created this program to share the news about this amazing, incredible, unbelievable snack that packs 7 grams of protein into every handful. The work can be seen on billboards, in airports, on mobile phones, and stuck to the roof of your mouth. 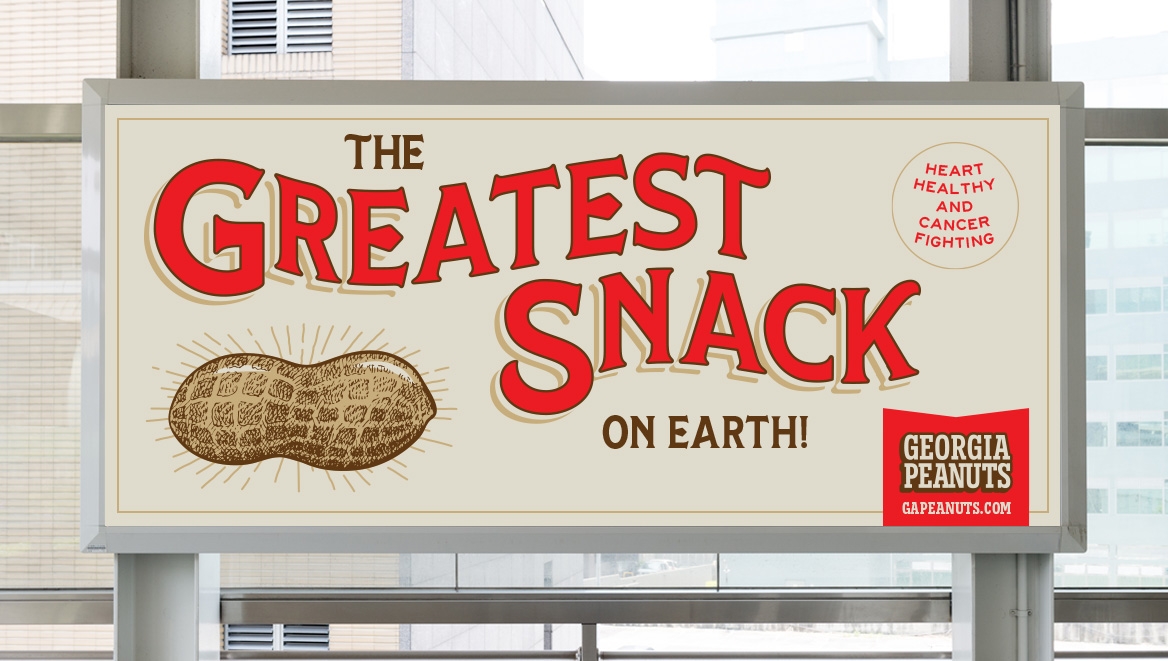 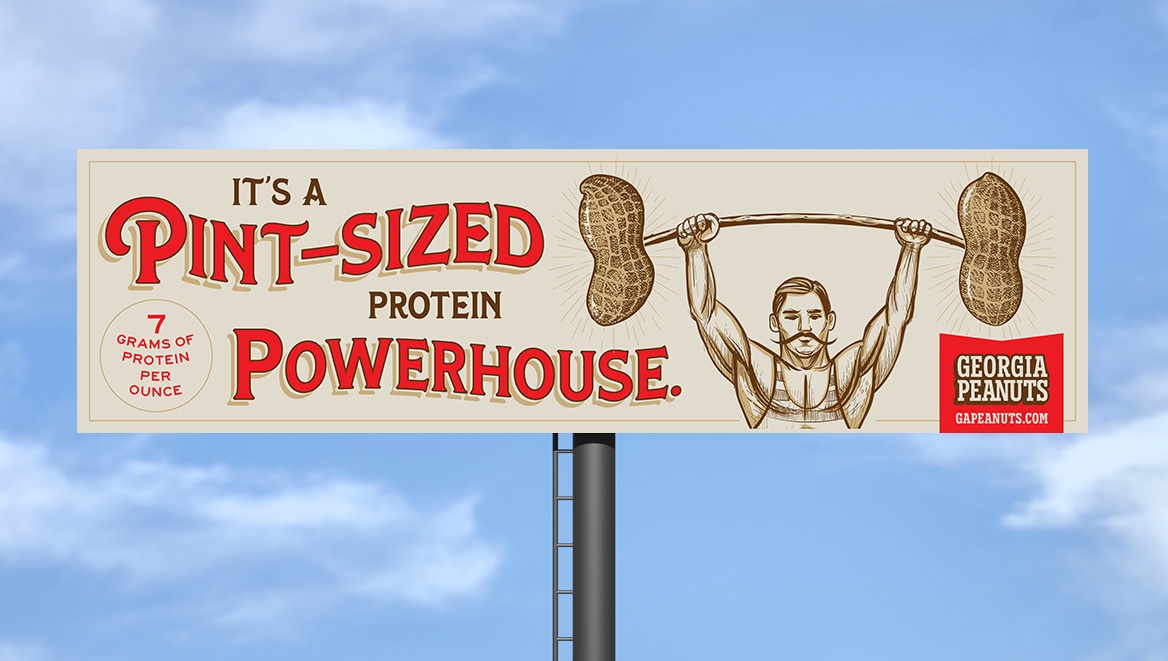 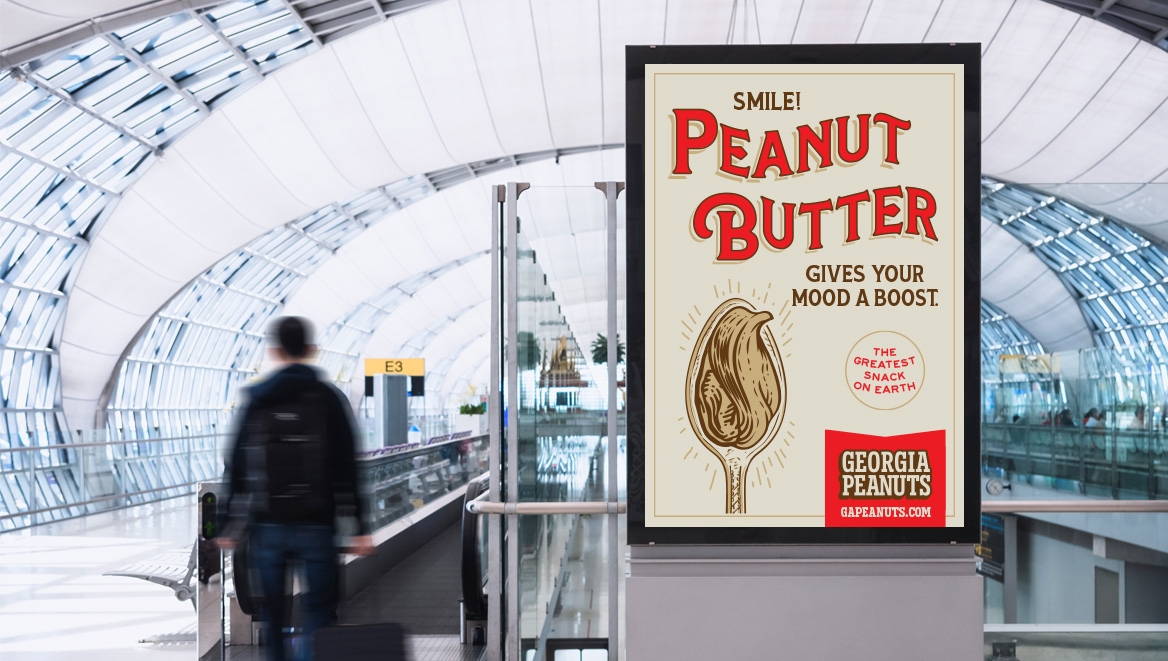 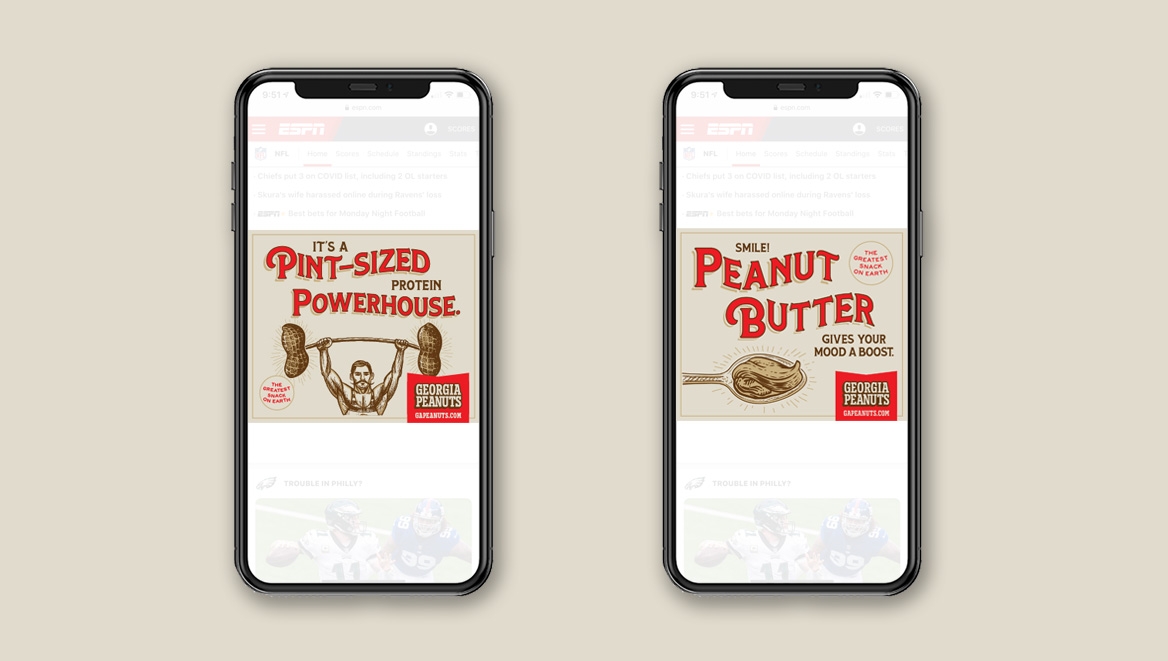 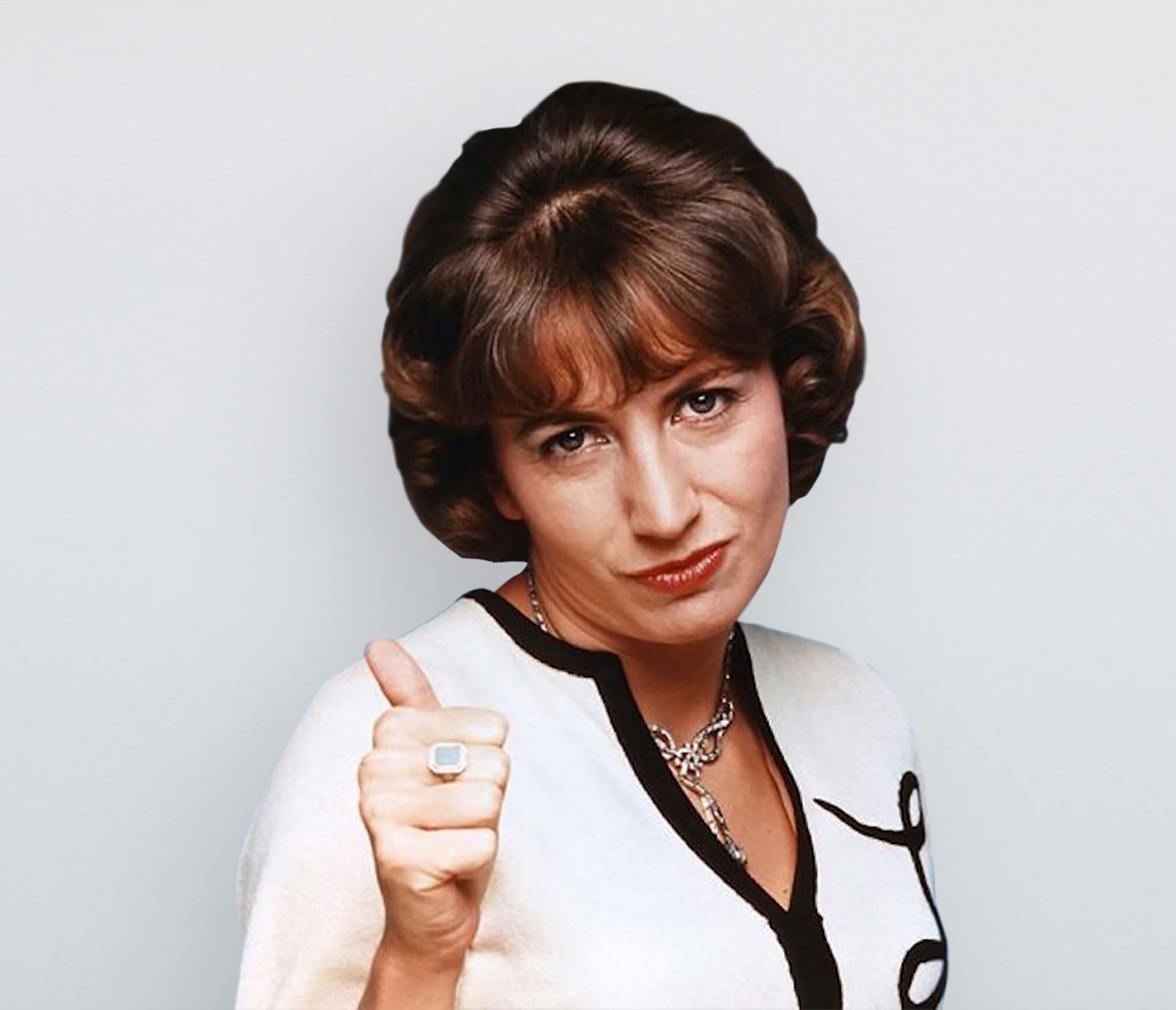 Laverne DeFazio grew up in Brooklyn, New York. And got her first professional experience working at her father’s pizzaria. When the business relocated to Milwaukee, so did Laverne.

Always an innovator, Laverne’s favorite beverage is a mix of milk and Pepsi together. She is also a pioneer in personal branding, always wearing a large script 'L' on her sweaters and shirts to help distinguish her from others, including her co-worker and roommate Shirley Feeney. 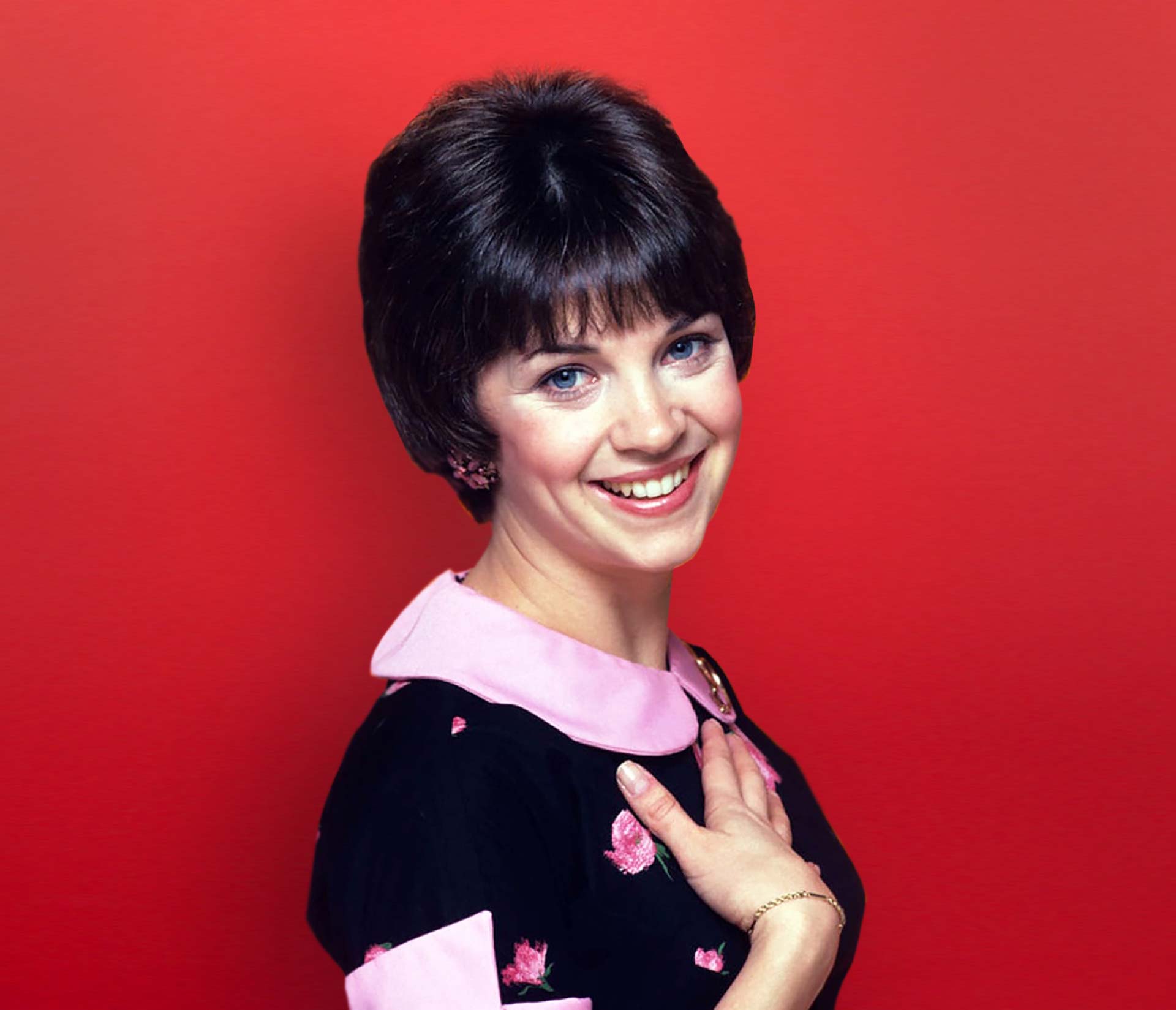 Shirley Feeney is a ball of sunshine and lights up the room with her positivity. Shirley began her career at the Shotz brewery, where she first teamed up with her creative partner, Laverne DeFazio. Did we mention she is a huge fan of teen-idol Fabian? We didn’t. But she is. 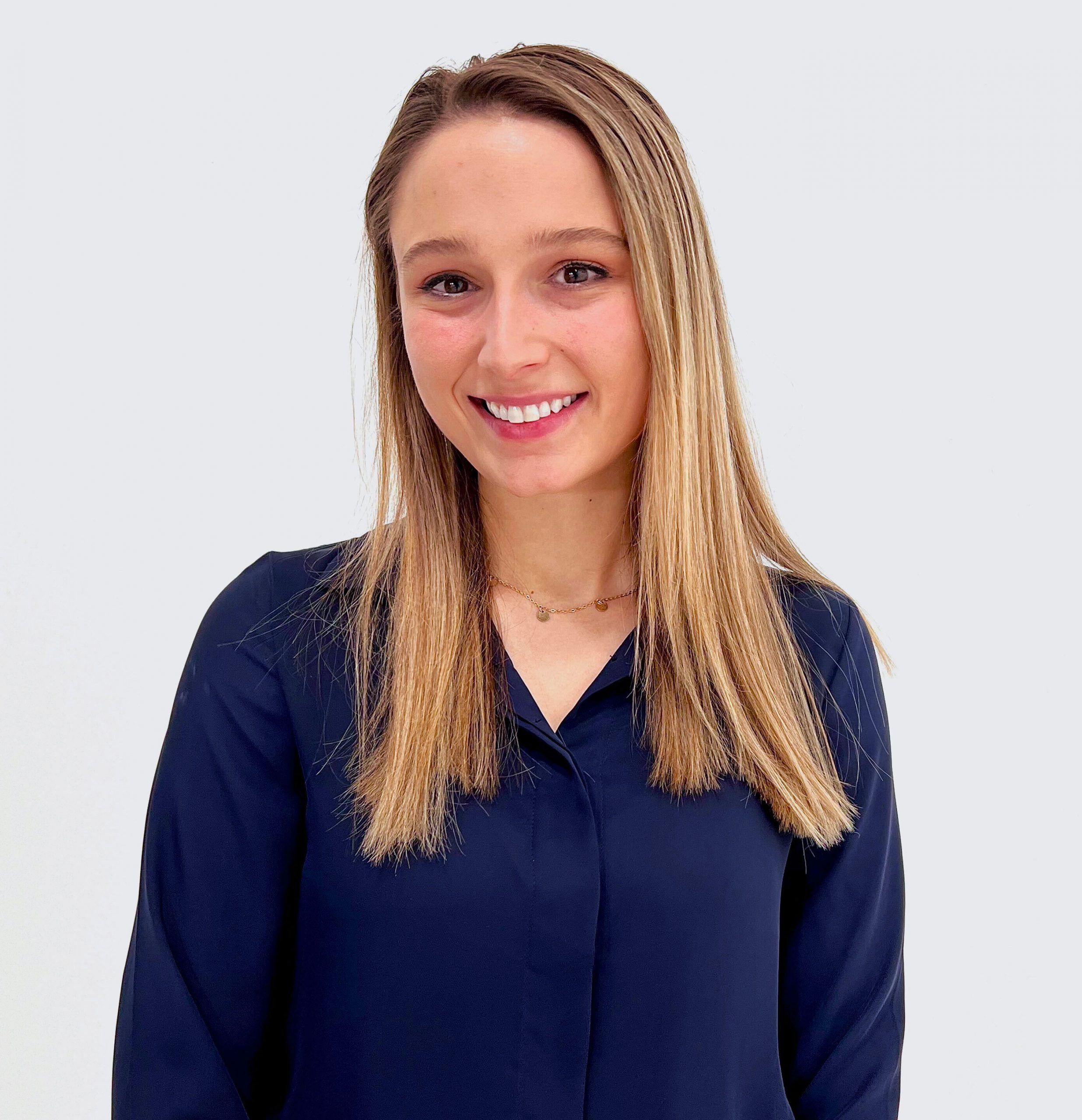 Lindsay White was born and raised in the heart of Granville, OH, where things are always gran. She earned Bachelor’s Degrees in Strategic Communication and Entrepreneurship from Miami University (the one without palm trees), where she honed her keen sense for big-picture thinking and fast, detail-oriented service. Today she is part of the The Weaponry’s elite account team, where she has quickly found her groove as a fast learner with a penchant for proactive, strategic thinking that helps clients get answers and results. Her favorite animal is a lemur. And we’re guessing that a lemur’s favorite human is Lindsay. 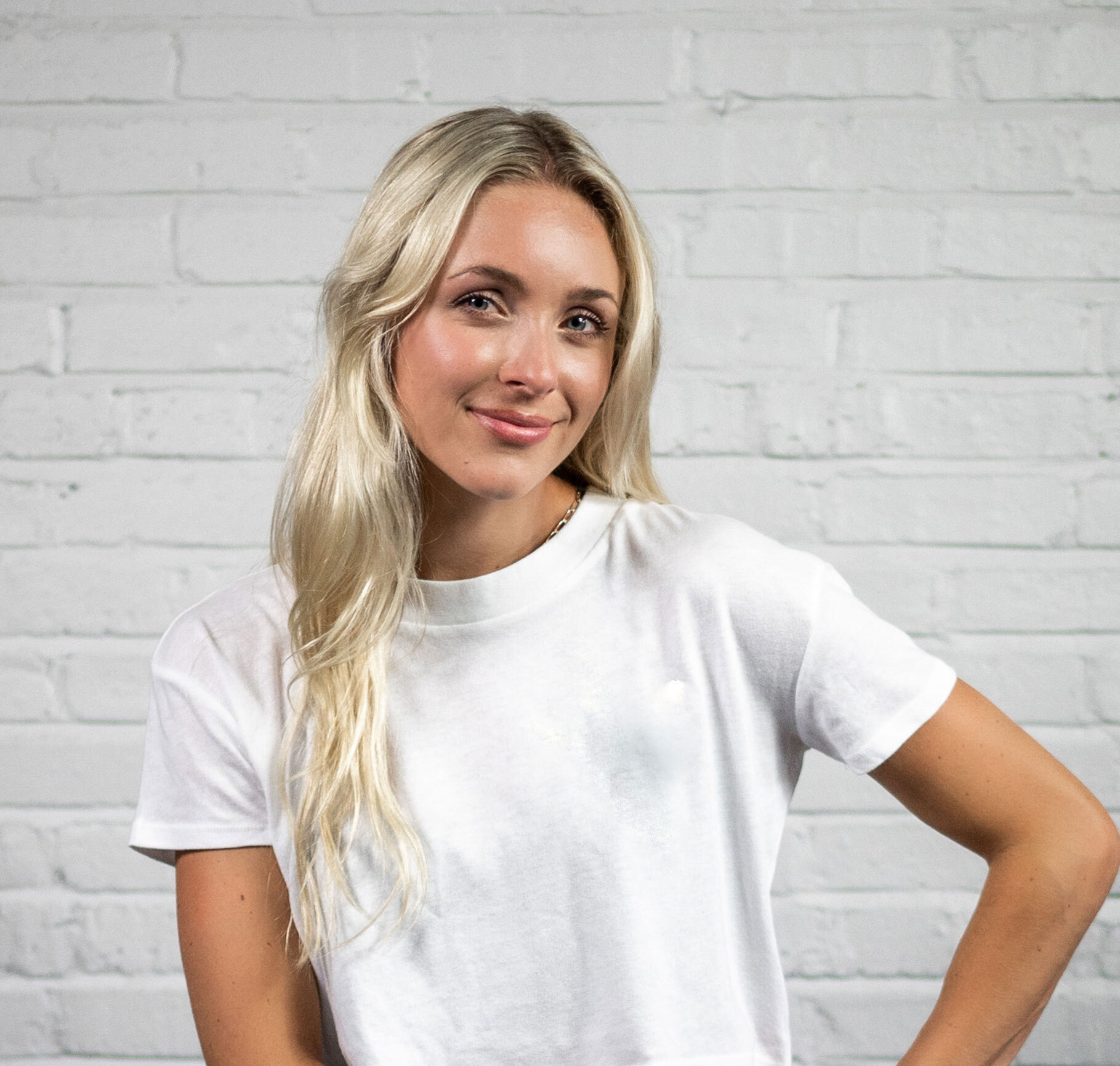 Taylor grew up in Hartland, Wisconsin. So when she tells you she is from the Hartland, she means it. In college, Taylor was a 3-time Big 10 Champion in the pole vault at the University of Wisconsin. But the Badger All-American has also competed in four seasons of American Ninja Warrior. Taylor even made it to the finals in Season 11. Coincidentally, that was the last good season before we all started competing in American Covid Warrior.

After working part time with The Weapony for over a year, Taylor Amann became a full time team member in 2021 as our Social Media Manager. She has proven to be a great asset on a range of other fronts. Which is no surprise, given the fact that Taylor has set a high bar for good challenges.

When she is not supporting clients at The Weaponry or flying through the air in some high profile competition, Taylor is also a very talented photographer. We put her photography skills to good use both for The Weaponry and for some of our clients. Picture that.

Joe is a native of Louisville, Kentucky, like YUM Brands and that giant baseball bat. Joe rowed on the crew team at Murray State University, despite the fact that Murray is not actually a state. Joe then went on to earn a graduate degree at the prestigious VCU Brandcenter where he was one of the top students who had also previously rowed at Murray State. An experienced pro, Joe has worked with Nationwide Insurance, Dove, Chili’s, Oscar Mayer, Tang, BP and more during his time at The Martin Agency, Ogilvey, Moxie, Bohan, iostudio and 160over90. He also notes that he “has some awards,” and “needs to exercise more.” Joe joined the Weaponry team full-time in 2021, alongside his handsomer younger brother who is partially known for his amazing bio writing abilities (among many, many other talents). 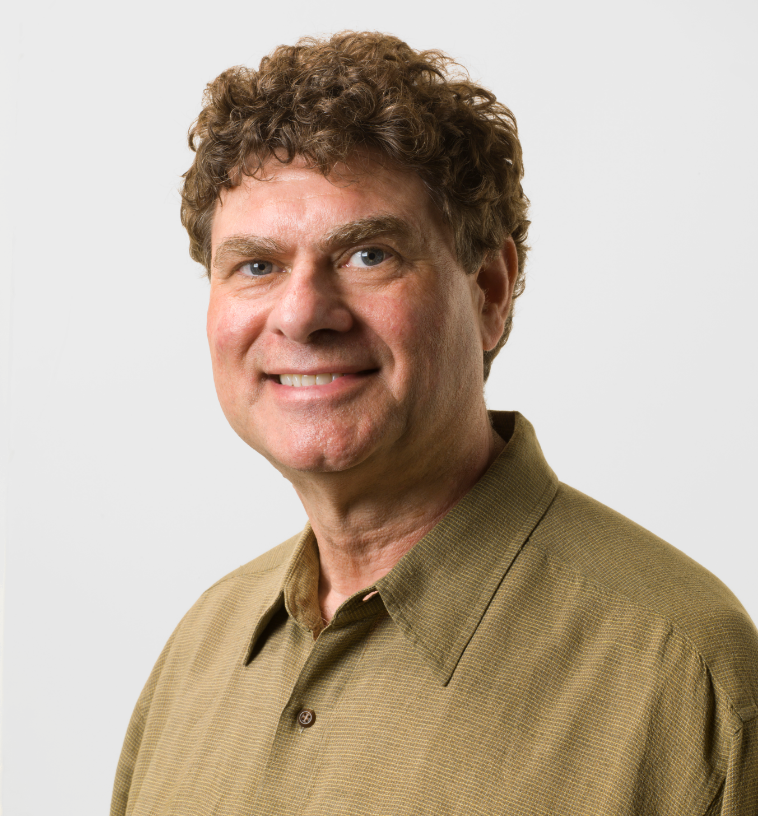 Jerry’s our man in Atlanta. He’s also one of the few people in that city who was actually born and raised there. Before joining The Weaponry, Jerry honed his creative skills at Fitzco/McCann Atlanta, Enguage, Publicis Groupe’s Moxie, and Luckie & Co. He’s created breakthrough marketing for brands like Coca-Cola, Valvoline, Wells Fargo, UPS,, Black & Decker, Cartoon Network, the Atlanta Hawks, the Atlanta Braves and Durex. Although Durex doesn’t like to be associated with the word breakthrough.

Over his career, Jerry has won top honors from every major advertising award show, including the Cannes Advertising Festival, The One Show, Radio Mercury Awards, National Addys, Clios, Effies, and many more. As far as growing up in the South, Jerry believes he hasn’t the slightest hint of a southern accent. We’ll let y’all decide. 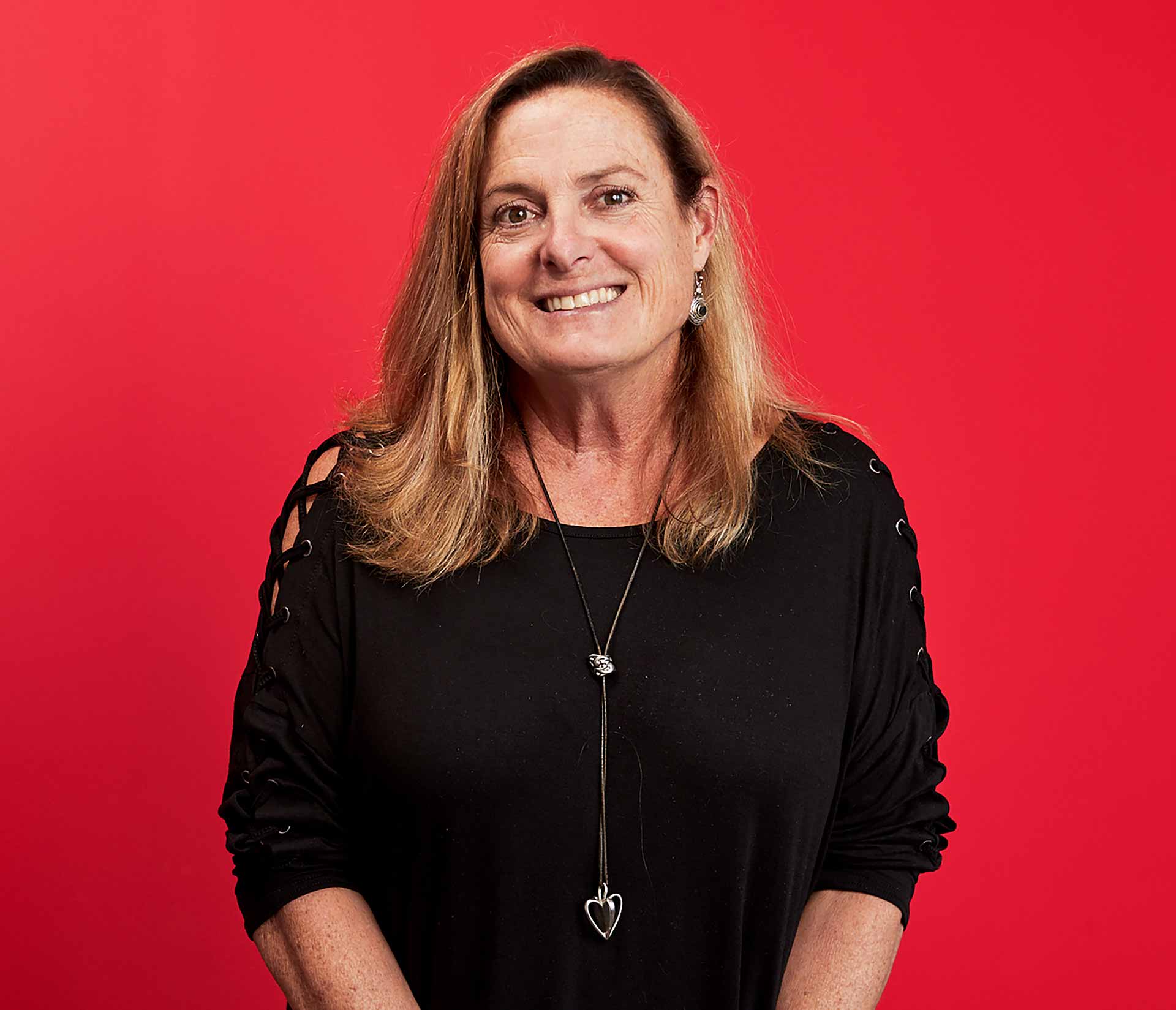 Sally Bretsch hales from Missouri, The Show Me State. And if you tell her to show you the money, she will. Every week she shows us accounts receivable, accounts payable and P&L. Heck, she can even balance sheets!

This Mizzou Tiger has put a number of number-related processes in place to help The Weaponry run like a well oiled advertising machine. But that’s not all Sally brings to the table. Because she raises chickens. And regularly comes to the office with fresh eggs to share. Which means Sally not only helps us bring home the bacon, she makes sure we have eggs to go with it. 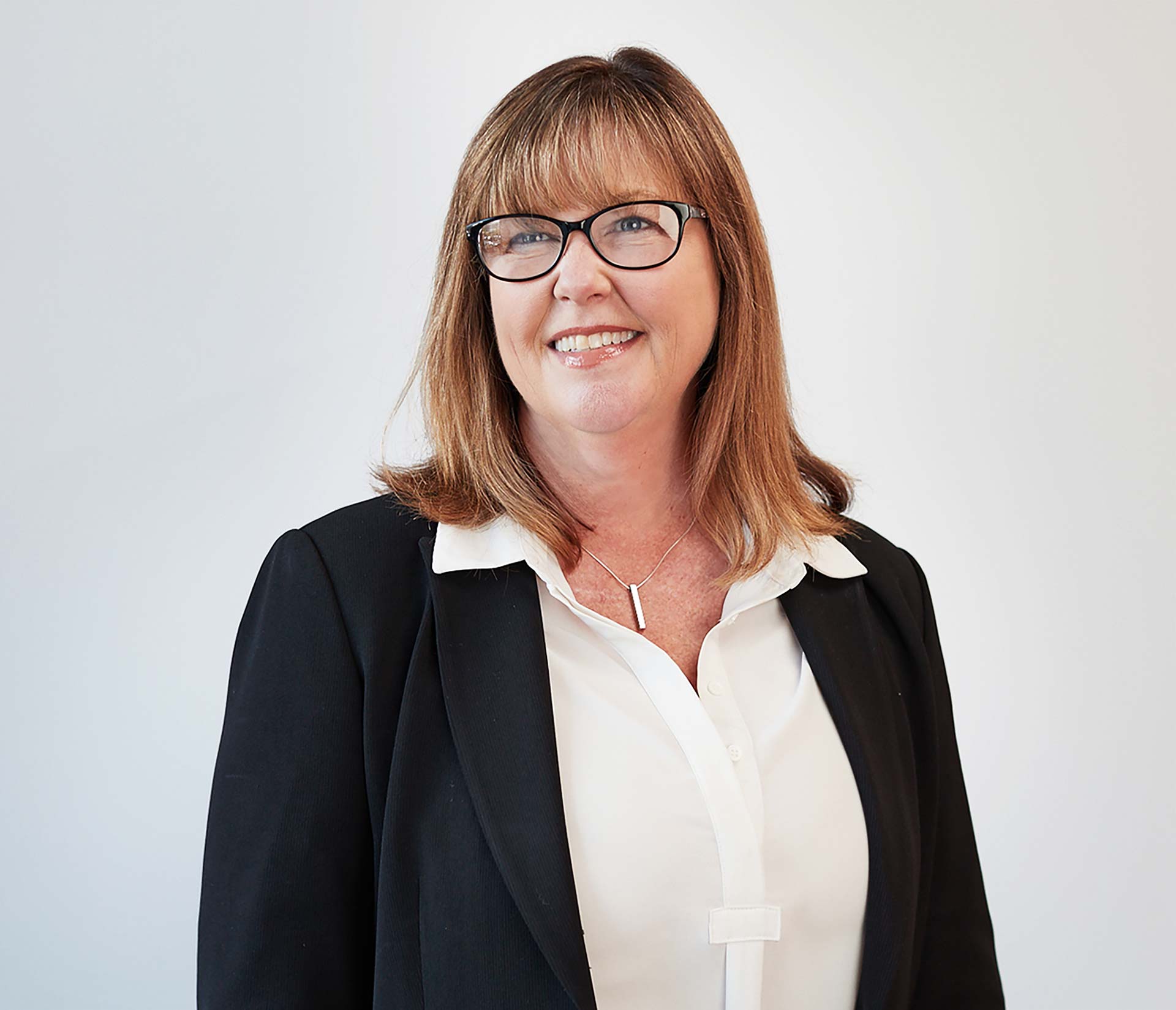 Jeanne Mayer grew up in sunny Los Angeles, California and graduated from UCLA. After spending a year teaching in Japan, Jeanne returned to LA and jumped into her career in advertising. First at McCann Erickson where she worked on Nestle, Coca Cola and Lockheed Martin. Then at Team One where she worked on Lexus. Next, Jeanne graduated to Chiat Day where she worked on the Apple account, beginning with the launch of the legendary Think Different campaign.

Jeanne got her masters degree in Account Leadership Awesomeness at Rubin Postaer and Associates, where she lead the $300 million Acura business before taking time to focus on raising her young children. Jeanne came out of retirement to join the Weaponry in the fall of 2016. She has lead agency efforts on Hertz, Mizuno, Generac, Merck, Sunrun and Fifth Third Bank. She also tutors The Weaponry staff on how to order off the menu at In n Out Burger. 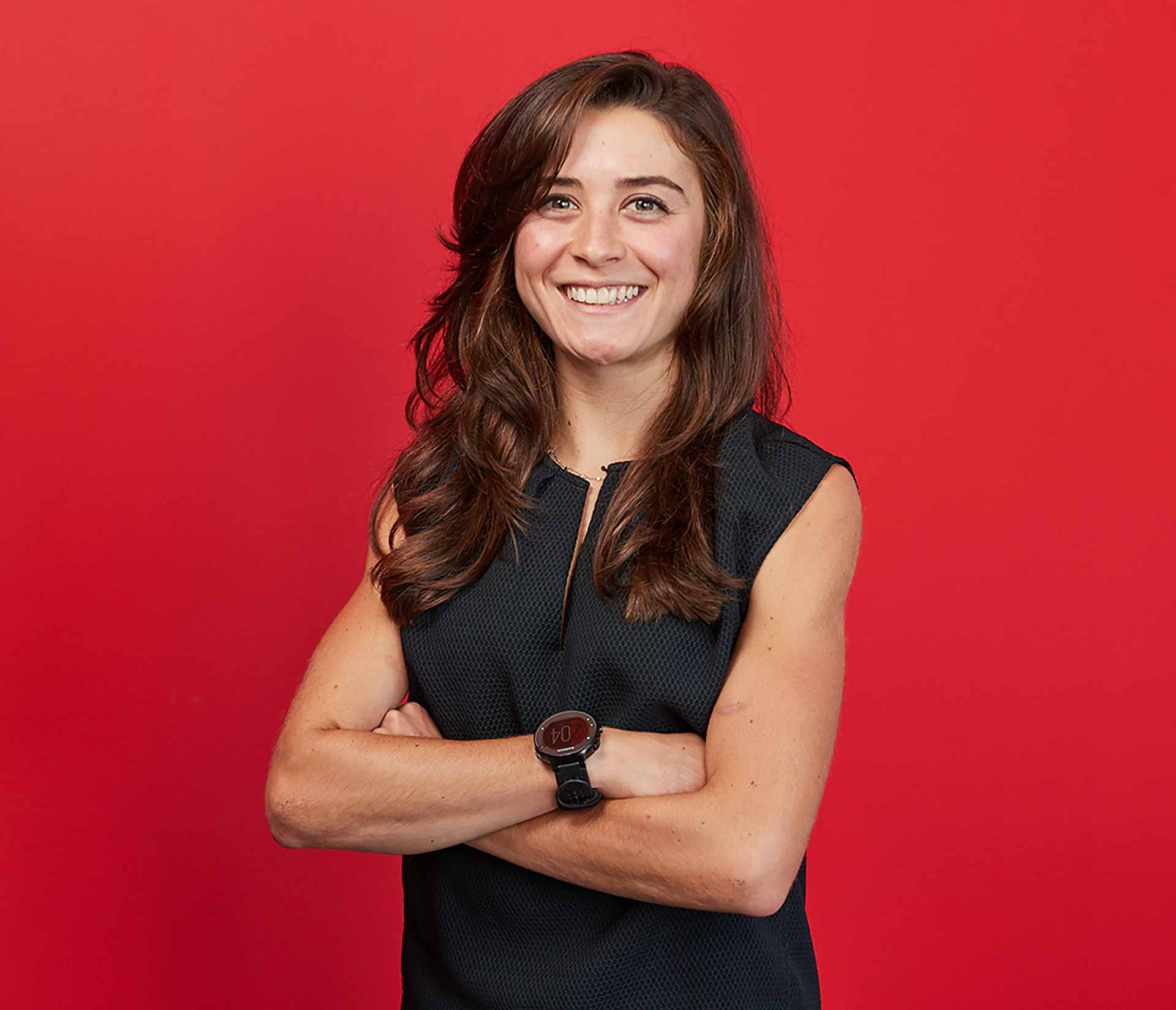 Sarah grew up in New Jersey. And like another famous New Jerseyan, she was born to run. Sarah made her way to the University of Wisconsin where she became an All-American in both track and field and cross country, setting a Big 10 record in the 5000 meter run. She also placed second nationally at the NCAA Division 1 Cross Country championships. Go Sarah!

Following an initial interview with The Weaponry Sarah completed a research project on her own that The Weaponry had briefly mentioned wanting to undertake during her interview. We loved her initiative and decided we needed to have her on our team full time. If you are looking to get your foot in the door, Sarah can show you exactly how it’s done. 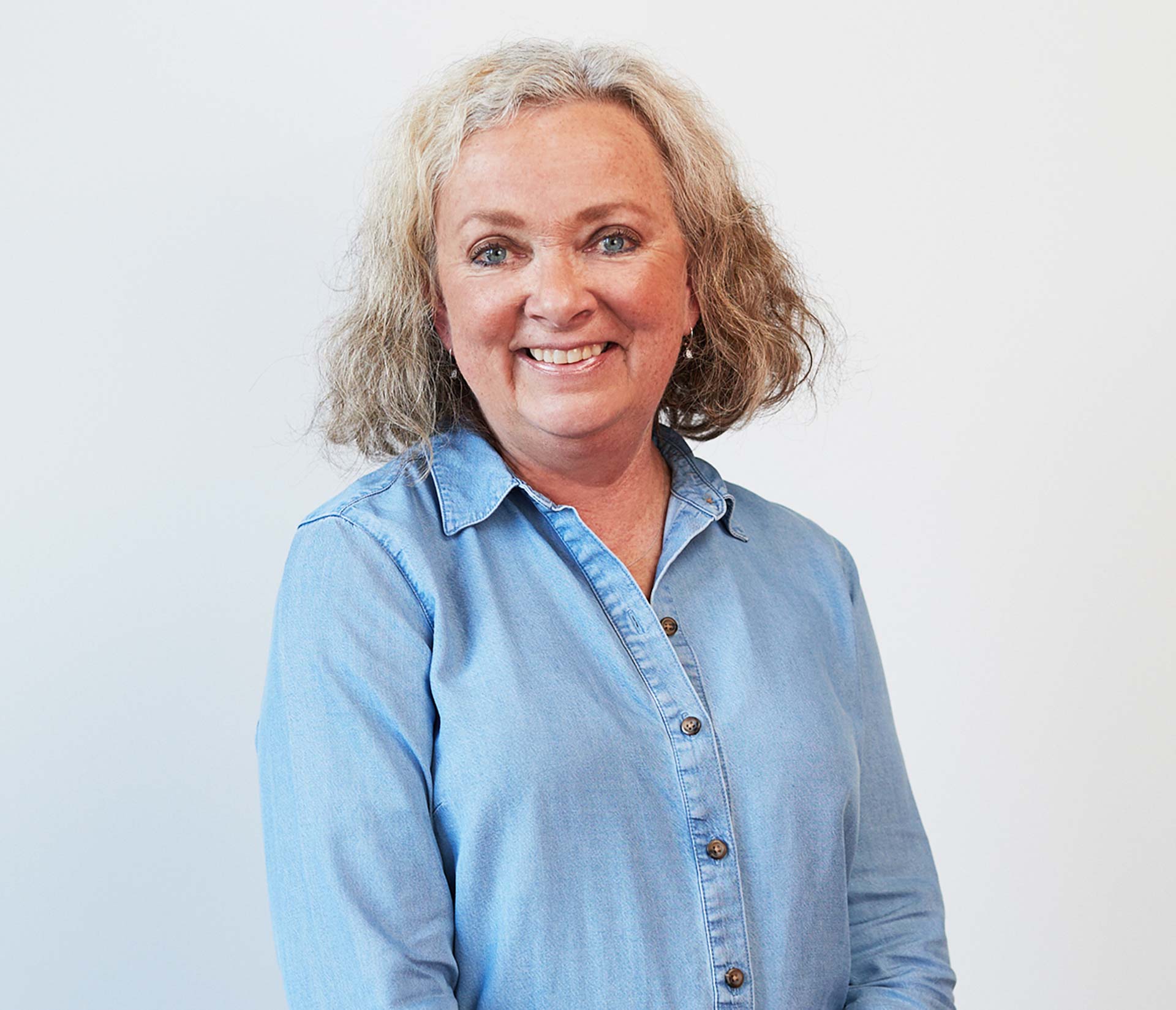 Calla Stanford is 100% Badger, having gained a BS in Economics, as well as an MBA with a concentration in Marketing from the University of Wisconsin. Since then, she’s enjoyed a 30-year run from Brand Management to Account Management, gaining a broad and deep array of client experience along the way—including work with CPG, healthcare, insurance, finance, manufacturing, civic assets, and everything in-between.

Over time, she’s refined her ability to communicate fluently with both agencies and clients to quickly and accurately assess every situation, understand every perspective, and climb every mountain to ensure a “right size” approach to every solution. But right when you think you have her figured out, she’ll tell you about serving double Bloody Marys to Elizabeth Taylor during a summer job, and that her perfect vacation is off-roading in the desert. Which is why she’s the exact mix of ingenuity and intrigue that’s perfect for The Weaponry. 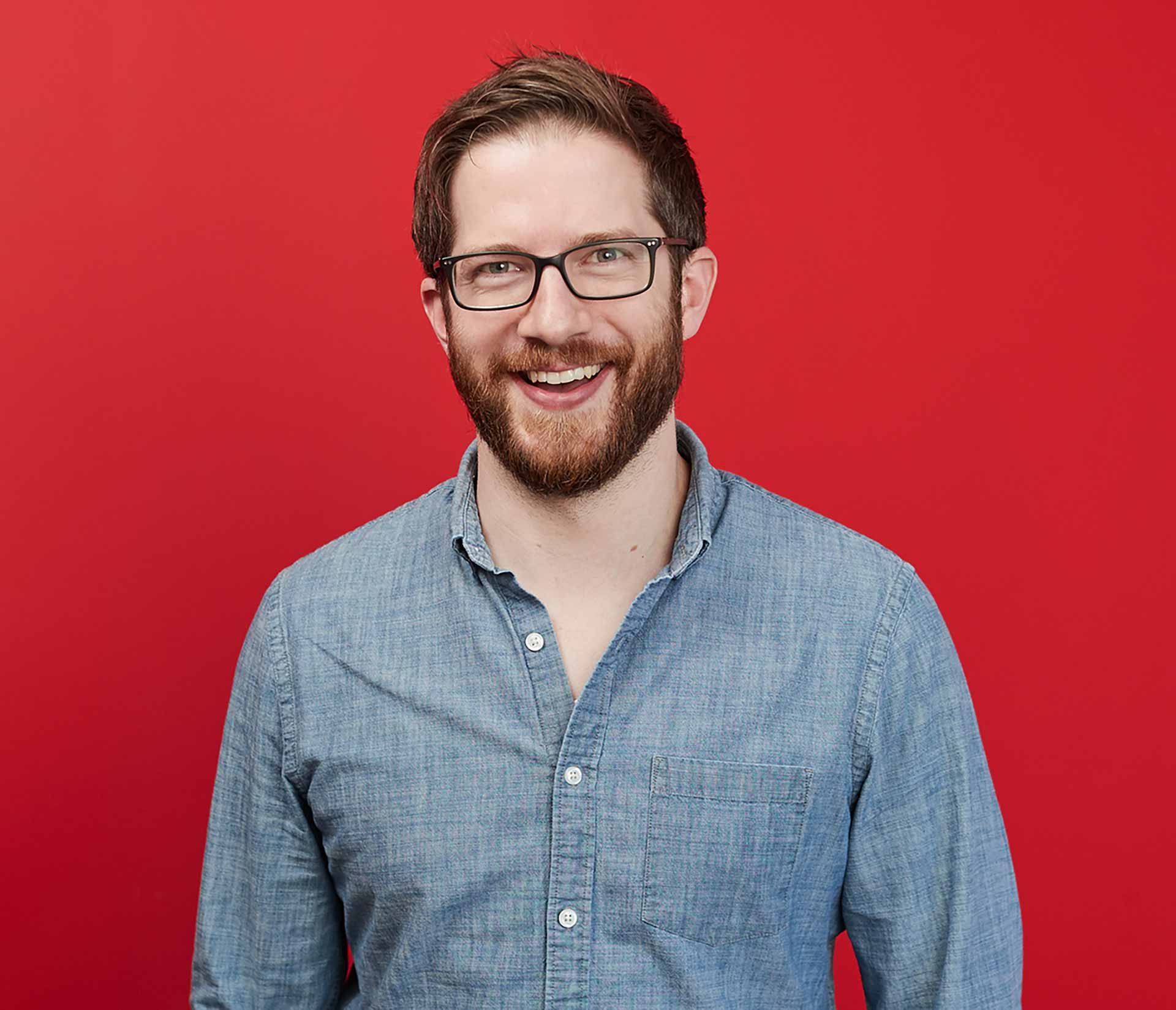 Kevin Kayse prepared for his career in advertising by studying copywriting at the prestigious, yet oddly-named, Miami Ad School of Minneapolis. From there he joined Chicago-based Havas Worldwide, then EnergyBBDO, Engauge, Resource/Ammirati, and IBM iX.

His last move, however, has been his best move, as he began working with The Weaponry in 2018. Kevin became the second Kayse brother to work with The Weaponry (following big brother Joe’s lead). Which explains why Kevin has earned the moniker Lower Kayse. 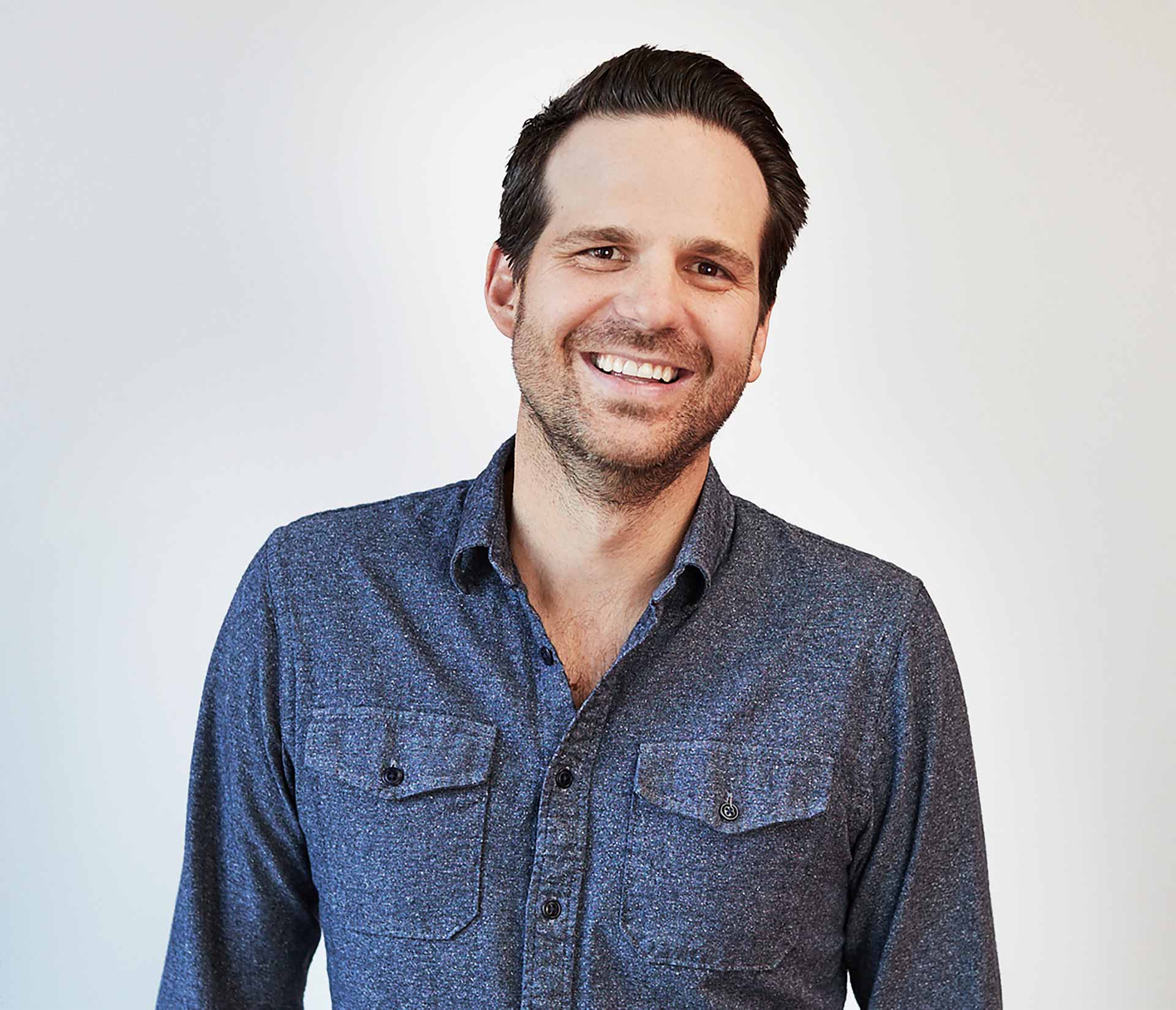 Adam “Henry” Emery received a BFA in Graphic Design from Miami University (the original one in Ohio, he’ll have you know). He has spent his career accruing a portfolio as varied as the scarves in a magician’s sleeve. During his time at agencies McCann Erickson, Enguage, Havas and Ologie, he has applied his superb eye for design, conceptual thinking and idea generation for brands like Nationwide Insurance, Woodford Reserve, Cartoon Network, Universal Studios, Kraft, DISH network and many, many more.

He has experience in all mediums, including digital, video, photography, print and experiential. With all that he has going for him, there’s no mystery as to why he was the second full time hire at The Weaponry. But there is still a mystery around why everyone, including his Mom, calls him Henry. 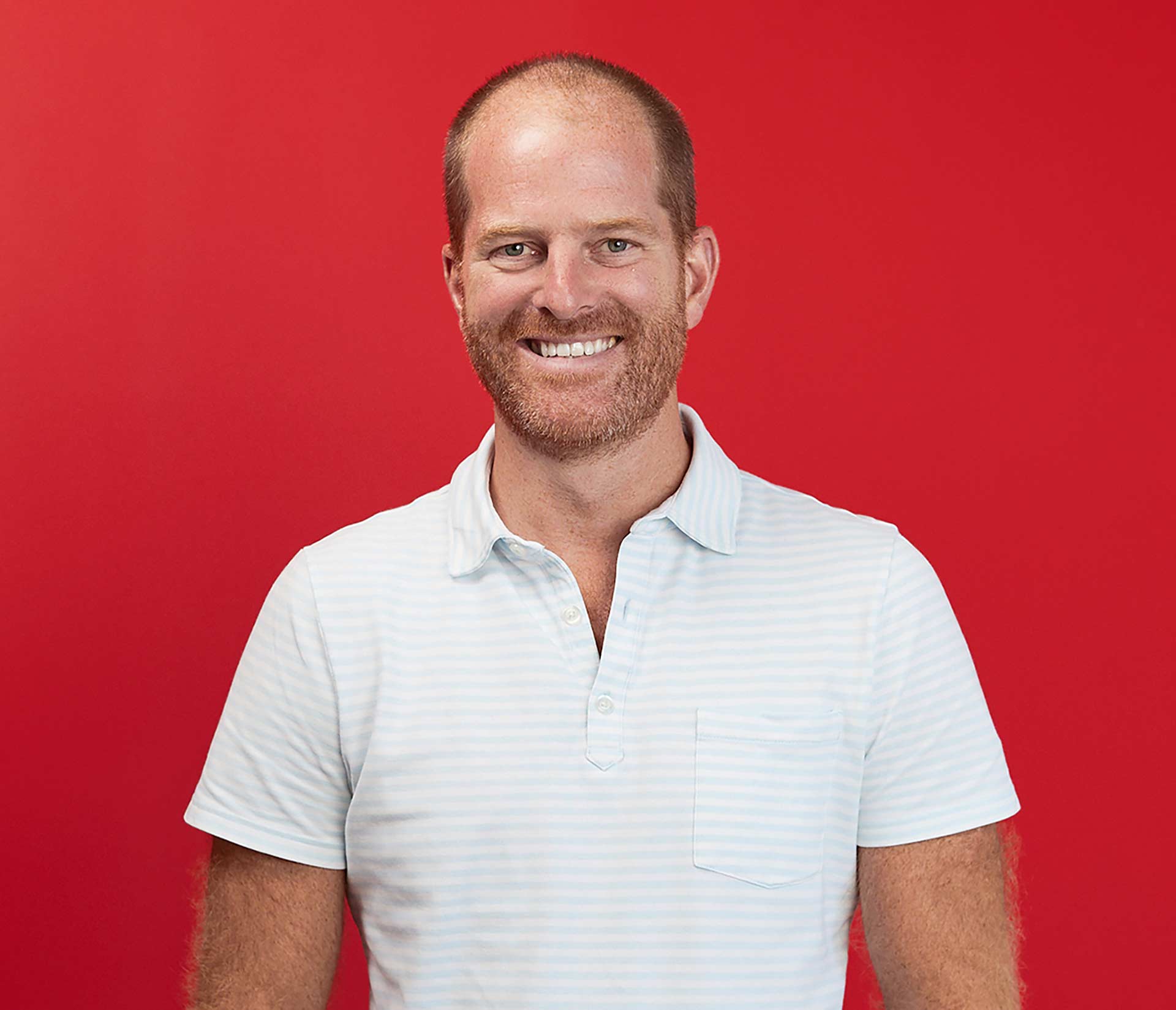 Simon Harper is The Weaponry’s International Man of Mastery. Simon and his family moved to Milwaukee from England three years ago. Along with his totally legit accent he brings with him a broad range of industry knowledge from his experience in financial, telco and youth marketing.

We’re excited to say that Simon was the UK Managing Director of Ancestry.com, and helped launch the brand in Europe. Simon is a quick and adapatable learner, quickly learning how to drive on the right side of the road. And while he enjoys a good IPA and following the Bucks, in his mind football is a game that involves a round ball that you kick with your feet. Crazy, right? 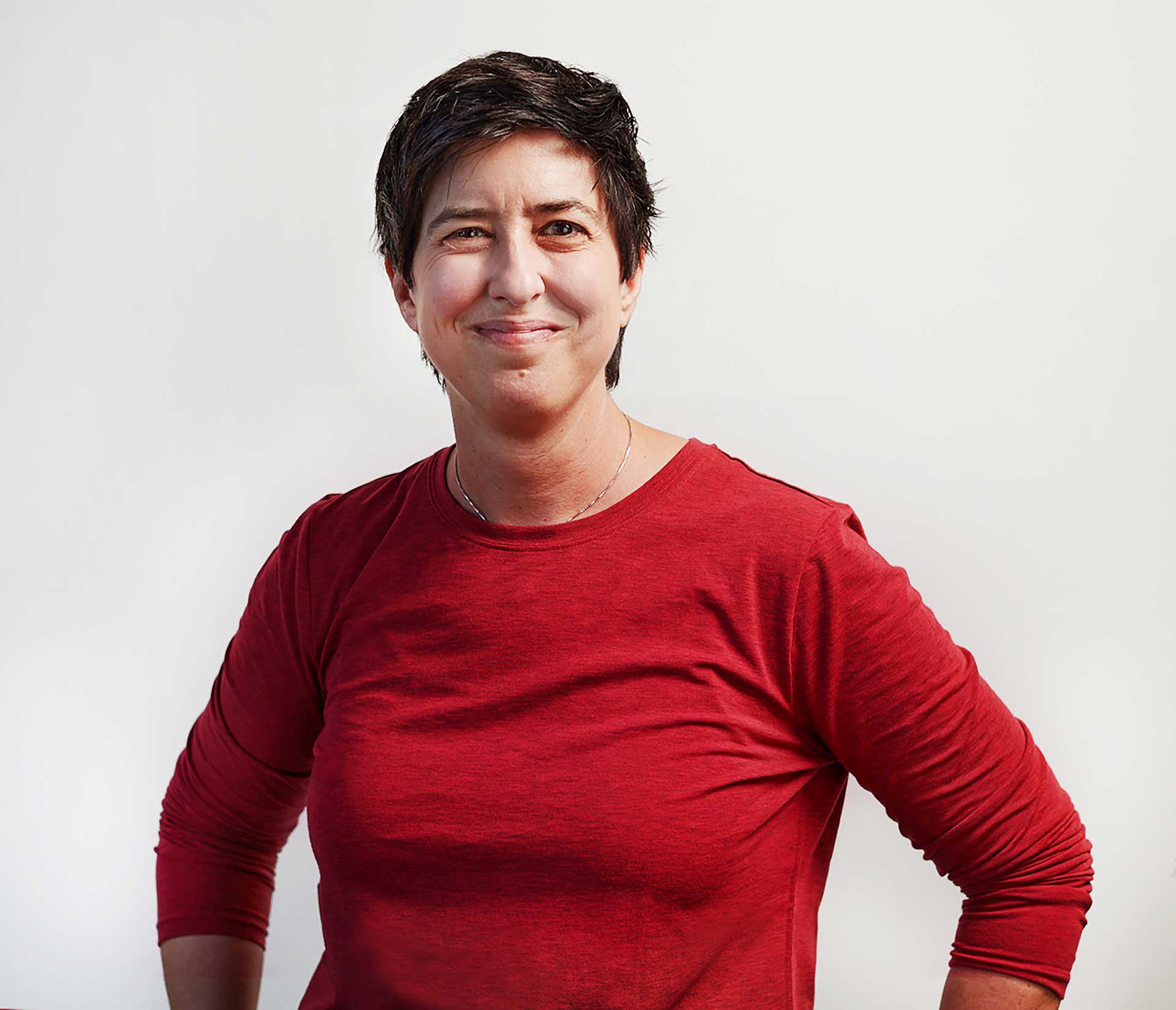 Born and raised in Detroit, Kristyn (K-Lil) Lilley has brought her Motor City know-how to famed Milwaukee agencies like Laughlin/Constable and Cramer-Krasselt, unleashing a one-woman assembly line of design and art directing dynamism that would make Henry Ford proud.

In that time, she’s drawn on her roots to work on recreational vehicles and motorcycle brands including Buell and the CanAm Spyder. As well as household names like GNC, InSinkErator (for which she won an EFFIE for advertising effectiveness) and the Milwaukee Brewers. She has been rocking company t-shirts and hoodies at The Weaponry since 2017. 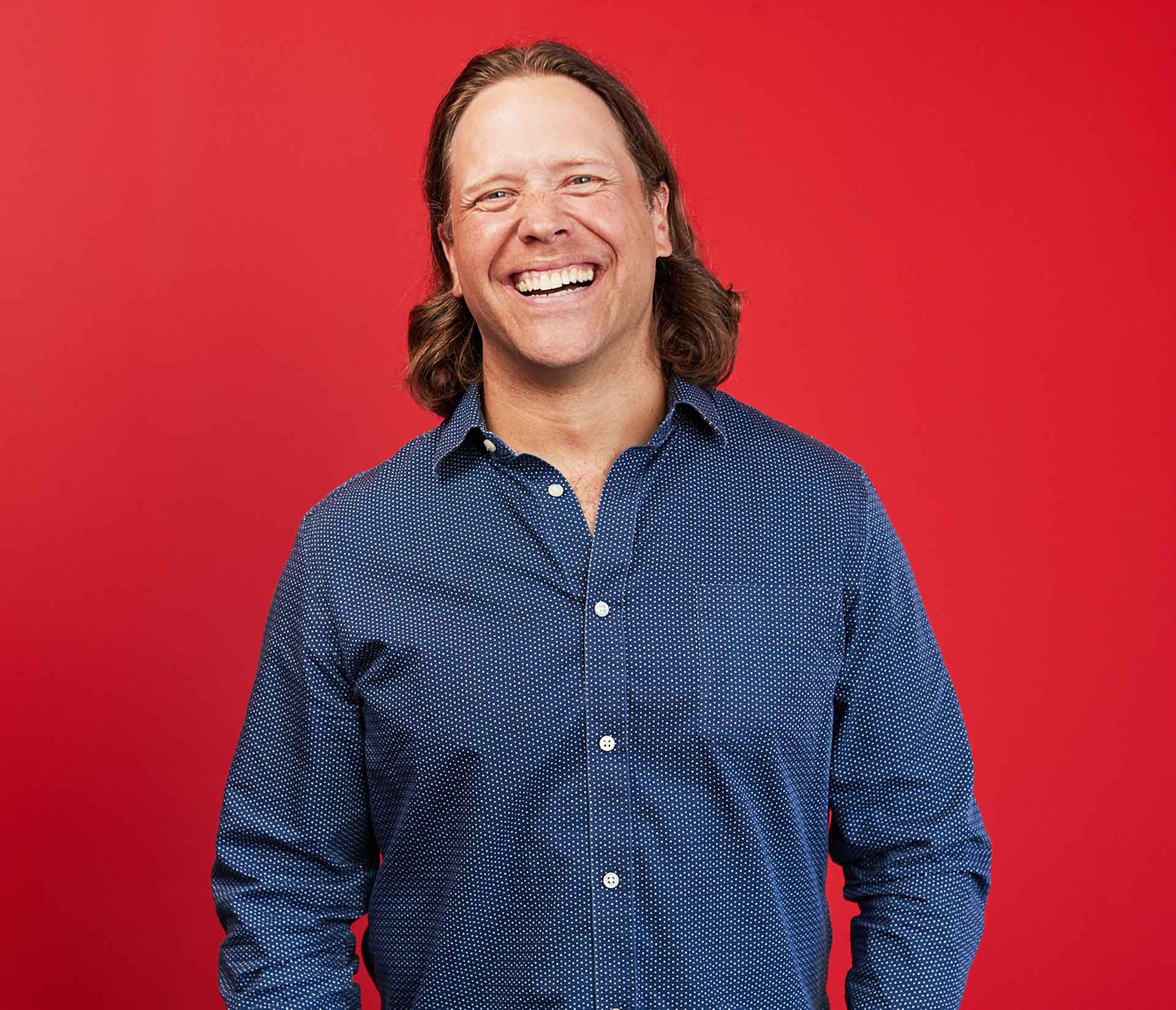 Adam spent his childhood in Vermont, where he was raised on maple syrup and snow. Following graduation from high school he attended the University of Wisconsin, where he studied psychology, journalism and cheese curds. He also captained Wisconsin’s Big 10 Champion track and field team.

Adam started his advertising career as a copywriter at Cramer Krasselt working on iconic brands including Reddi-Wip, Ski-Doo, GNC, Snap-On, Briggs and Stratton and Case IH. His next stop was at Engauge where he ascended to the role of Chief Creative Officer, winning work with such well known brands as Nike, Coca Cola, Nationwide Insurance, Wells Fargo, UPS and Chick-fil-a. Publicis Groupe acquired Engauge in 2013 and folded the agency into Atlanta-based Moxie, forming a 625 person marketing powerhouse. Adam remained at Moxie until 2016 when he left to launch The Weaponry.

Adam has published 2 books, including What Does Your Fortune Cookie Say? and The Culture Turnaround which he co-authored with Jeff Hilimire. Adam has also published over 800 blog posts at AdamAlbrecht.blog